Now Available on the B-List Bookshelf!

An estimated 200,000 men of German birth enlisted in the Union army during the Civil War, far more than any other contemporary foreign-born population. One of these, Prussian Army officer Johann August Ernst von Willich, led a remarkable life of integrity, commitment to a cause, and interaction with leading lights of the nineteenth century. After resigning from the Prussian Army due to his republican beliefs, Willich led armed insurrections during the revolutions of 1848–49, with Friedrich Engels as his aide-de-camp. Ever committed to the goal of universal human rights, he once dueled a disciple of Karl Marx—whom he thought too conservative. Willich emigrated to the United States in 1853, eventually making his way to Cincinnati, where he served as editor of the daily labor newspaper the Cincinnati Republican. With exhaustive research in both English and German language sources, author David Dixon chronicles the life of this ingenious military leader—a man who could also be stubborn, impulsive, and even foolhardy—risking his life unnecessarily in the face of overwhelming odds.

As soon as shots were fired at Fort Sumter, fifty-year-old Willich helped raise a regiment to fight for the Union. Though he had been a lieutenant in Europe, he enlisted as a private. He later commanded an all-German regiment, rose to the rank of brigadier general and was later brevetted major general. Dixon’s vivid narrative places the Civil War in a global context. For Willich and other so-called “Forty-Eighters” who emigrated after the European revolutions, the nature and implications of the conflict turned not on Lincoln’s conservative goal of maintaining the national Union, but on issues of social justice, including slavery, free labor, and popular self-government. It was a war not simply to heal sectional divides, but to restore the soul of the nation and, in Willich’s own words, “defend the rights of man.”

DAVID T. DIXON is the author of The Lost Gettysburg Address, and his articles have appeared in both popular and scholarly periodicals.

“Radical Warrior is an ably written and deeply researched biography of one of the most talented Union brigade commanders of the Civil War. Not only was Willich a brilliant and innovative tactician, but he also represented the best of the European immigrant officers who joined the Union cause. Author David Dixon captures the full sweep of Willich’s rich life, from German Revolutionary to beloved Civil War veteran in engaging prose.”

–Peter Cozzens, The Earth is Weeping: The Epic Story of the Indian Wars for the American West

Order hardcover direct from the author or on Amazon. 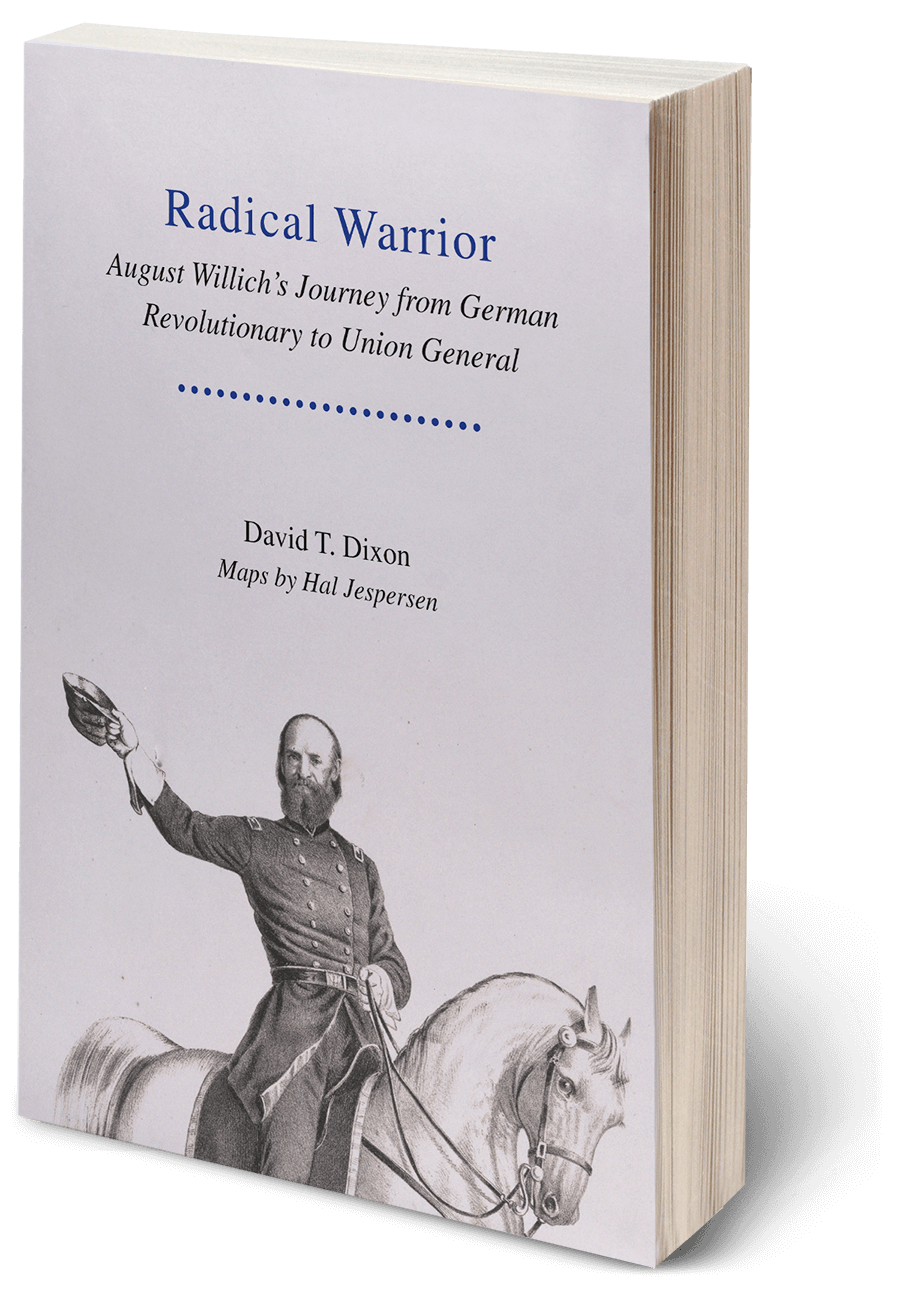